Prime Factors is a leader in applied data protection
committed to securing an open and collaborative digital world. 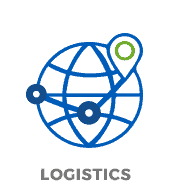 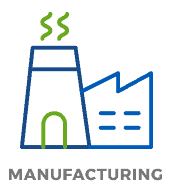 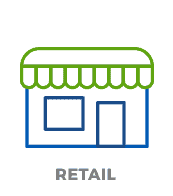 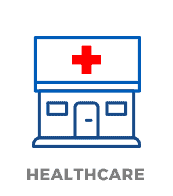 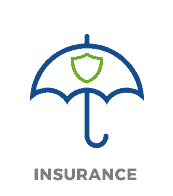 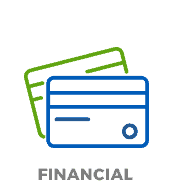 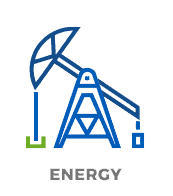 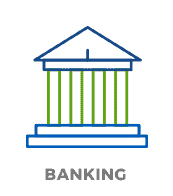 For nearly 40 years, we have served more than 1,000 global customers from diverse industries and geographies with cryptographic software solutions for payments, EDI, and general data protection.

Prime Factors, a leader in data protection and encryption for nearly 40 years, was founded in 1981 in Berkeley, California. Our first electronic data encryption software solution based on the Data Encryption Standard (DES) was purchased by Chase Manhattan Bank, which began a series of sales to large banks in the New York metro area and established Prime Factors as a popular provider of encryption toolkits to the financial services industry.  In the same year as our founding, the first Electronic Data Interchange (EDI) standard for the transportation, food, drug, warehouse, and banking industries (ANSI X12) was published. As new standards emerged, EDI began to replace paper as a medium for transmitting data between organizations. Prime Factors, in partnership with Premenos Technology Corporation and Harbinger Corporation, would become a leader in securing payments and other EDI transactions – helping global customers protect the sensitive data they exchanged with their trading partners around the world.

The company relocated to Eugene, Oregon, in 1984, and a business relationship with Visa International led to commercialization of the PIN Management System (PMS). PMS helped banks generate and verify the Personal Identification Numbers (PINs) and other security codes needed to create and process payment cards, without needing to manage the complicated underlying cryptographic algorithms necessary to protect against card counterfeiting. With Visa International as a channel partner, PMS initially rolled out to more than 30 banks across Central and South America and expanded across banks in North America, Europe, Africa, and Asia Pacific. Nearly 17 years later, the PIN Management System evolved into the Bank Card Security System (BCSS), which added robust cryptographic payment key management along with other new features and functionality, including the ability to select software or hardware-based cryptography. BCSS eventually expanded into securing EMV chip card issuance and payments processing and the ability to provision IoT devices with secure credentials. More than 150 global financial institutions across six continents have turned to Prime Factors to help simplify payment security and adherence to the continuously evolving EMVCo and Global Card Scheme standards as well as PCI Standards, such as PIN Security, requiring integration with payment hardware security modules certified to FIPS140-2 to securely issue and process payment card transactions.

In recent years, the majority of data breaches have occurred at the application layer where data is more exposed than when it is at rest. In countless studies and surveys, industry analysts and CIOs have pointed to the complexity of protecting data at the application layer, in part due to application programmers inconsistently applying data protection policies. However, EncryptRIGHT guarantees that data protection policies are always applied consistently, and embedded role-based access controls ensure that data is unsecured in the correct format, by specific users requesting to unsecure data – all in real-time. Data is always protected, at rest, in use and in motion, from external and internal exposure – both accidental and intentional. This helps users comply with a variety of data protection and privacy mandates, from industry standards such as PCI-DSS to regional regulations like GDPR.

As the digital transformation continues and commerce becomes more distributed, collaborative, and cloud-deployed, companies face unique challenges in data protection. Data has never been more plentiful or more valuable, nor has the need to protect sensitive data from unauthorized access ever been more ubiquitous, regardless of industry or geography. Securing sensitive data has also never been more complex, but Prime Factors continues to deliver general data protection software solutions that help to simplify protecting sensitive information where it is most at risk.

Henry Cheli has been working in the high technology industry in the areas of Data Security and Digital Communications for more than 35 years, helping to commercialize emerging technologies for innovative technology companies globally. Henry served as Vice President, Americas Sales and later as Vice President of Business Development for Thales eSecurity, a leader in advanced data security solutions and services. Prior to this, Henry was President of Annese & Associates (sold to ConvergeOne) and a sales and commercialization consultant for several technology firms. Henry served as the Sr. Vice President of Sales, Marketing & Support Services at Visual Networks, a venture backed startup company that pioneered the development of software tools used for “Service Level Management” of Telco Packet Networks, where he supported their growth through Initial Public Offering (IPO). Henry also served as General Manager of the Networking Group division of Andrew Corp, where he led them to profitability. Henry lived for a period in England, where he reported to the Chairman of Racal-Datacom Global and ran Business Development to facilitate Racal’s participation in the consortium to establish the British “Camelot” Lottery System. He also held management positions in domestic and international Sales & Marketing and as General Manager of a product division of Racal-Datacom, Inc.

Jose has worked in data security and communications for more than 40 years, most recently serving as the Director of Payment Strategy at Thales e-Security with global responsibility in guiding the development of solutions for financial services. Leading product development for Prime Factors, Jose brings a unique, customer-centric focus, having also held roles in Channel and Direct Sales in Latin America and the Caribbean, as well as global Business Development through technology partners. He has led engineering, product development and services teams developing data protection and network security solutions and has been a keynote speaker at payments and data protection events across the Americas. Jose has four patents in digital communications and is a graduate of the University of Miami with an MSEE degree.

Pete brings over 25 years of software management and sales experience to Prime Factors. He has a proven track record of identifying and capitalizing on emerging opportunities, while implementing improved business processes using a consultative approach that includes strategic thinking and tactical planning. Pete is proficient at working with executive management, support staff, and stakeholders to gain consensus on strategic plans to ensure accelerated service delivery and execution. Prior to Prime Factors, Flagella worked for Oracle, Sense Corp, and led a sales team at Arcplan, Inc., where he was responsible for growth and development in every area of revenue.

Justin has a diverse background in marketing, operations and executive management for emerging technologies and communications companies ranging from start-ups to Fortune 10. Justin served in a chief executive role at his prior two companies, a venture-backed technology company and a marketing and product development services company. He has held leadership roles in Global Channel Development with Sterling Commerce (acquired by IBM) and National Retail Development with SBC Communications (now AT&T), where he also held roles in corporate marketing, global sales, and field operations line management.  Justin has served on the boards of several emerging technology companies as well as non-profit organizations focused on community development.

X
We use cookies to ensure that we give you the best experience on our website. Continued use of this site will serve as your acceptance of the use of cookies. Ok